For this week’s blog, here are some pen portraits of the highly experienced teaching team at LECA.

Miss Harrison has been teaching English for nearly 15 years. She is currently Head of Key Stage 3 English at Neale Wade Academy, and also teaches GCSE and A Level groups. Before joining Neale Wade, Miss Harrison worked at a school in Suffolk, teaching English and Drama, and was involved in writing and directing performances for National Youth Theatre competitions, and school productions. In addition, Miss Harrison is an examiner for Edexcel English, and has extensive knowledge of the curriculum and the requirements of the new GCSE.

Miss Harrison has delivered a myriad of intervention programmes to all ability ranges and will always go the extra mile to ensure students reach their potential. She has also been instrumental in ‘reverse engineering’ the current English curriculum to ensure it develops key GCSE skills from Year 7. She also helped pioneer the highly successful concept of SOLO Taxonomy at Neale Wade Academy three years ago and was instrumental in embedding the practice across the whole school.

Prior to her teaching career, Miss Harrison spent several years living in London, working in advertising. This included working for The Guardian Newspaper, where she was responsible for editing advertising copy.

She now lives locally with her daughter and several horses, and is looking forward to being part of this exciting new venture.

Mrs Digby studied at Cardiff University, followed by a few years teaching in large secondary schools in the city.  With the arrival of her two sons she moved to Kent where family life was busy and varied.  Once the boys had started school Mrs Digby returned to teaching working as a Dyslexia and Dyscalculia specialist in local schools while they were young, and then full time mathematics teaching again once they became teenagers.

Mrs Digby spent fifteen years in a large Kent Secondary school followed by twelve at Bethany School in the heart of the Kent Weald.  Teaching mathematics, statistics and ICT she has experience across the age and ability ranges, including SpLD teaching and examination classes.

Mrs Digby has led many educational visits to a variety of countries including Iceland and America.  As a member of the Duke of Edinburgh team her expeditions have included the Lake District, Peak District and Snowdonia in the UK as well as trekking in the Himalaya in India and Nepal, and the Drakensberg’s mountains of South Africa.  Supporting students in hostile environments away from home has allowed her to really get to know her students, while encouraging them to value these life enhancing opportunities.

Currently Mrs Digby leads the KS3 and KS4 mathematics departments as well as being Head of the Competitive House system.  This allows her to organise lots of exciting competitions in school, such as growing grass heads, cake baking, Maths Challenges, every sport, tug of war etc.  Every year she has encouraged each department to offer at least one competition to enrich life in school beyond the classroom.  This has engendered a competitive spirit while providing opportunities for leadership, team work and challenge.

Mrs Digby is excited by the opportunity to join an emerging school from its inauguration.  She knows that together we will lay the foundations of a successful school providing pupils with the skills required for modern living: ensuring they make the most of every opportunity and have the education for a successful future.

Throughout his time at Witchford Mr Tatham has gained vast experience in a range of educational roles. Initially he became the Gifted and Talented Coordinator for a year before becoming Acting Head of Physical Education for a two year period. This gave Mr Tatham some welcomed experience in middle management leading a team and working on teaching and learning within the subject. This allowed James to develop positive links and create contacts in the community.

Mr Tatham became a Dean of House during a period of transition where he worked pastorally with student progress in all years dealing specifically with behaviour, attendance and academic progress. James stepped into the role of Acting Vice Principal for a year working specifically on leading a new behaviour and attendance policy.

This was followed by Mr Tatham becoming a specialised Yr 11 Progress Leader leading cohorts on a yearly basis to reach their potential. The role involved working with his team to support students pastorally with key emphasis on academic mentoring, Post 16 UCAS, revision/exam practice and the final Revision Programme. Finally, an area at the forefront of Mr Tatham's teaching philosophy is Student Leadership, something he is keen to introduce at Littleport and East Cambs Academy.

Mrs Way decided to be an Art teacher when she was in Year 8; she envied her teacher spending all day in an Art room!

After studying Fine Art at Loughborough University she trained to be a teacher at the Institute of Education in London. Whilst there she also soaked up lots of inspiration from all the wonderful galleries and museums which regularly inform her teaching practice.

Since the completion of her PGCE she has worked in secondary schools in both Hampshire and West London. She has achieved outstanding exam results at both GCSE and A-Level in Art, Photography and Art textiles. She also has a broad experience of teaching key stage three and often organises Art competitions and extra curricular clubs. Her proudest moment was helping to organise a group of students who contributed to a county-wide exhibition of handmade poppies in 2014 for the World War One centenary.

The role of a form tutor is vital in supporting students and enabling useful communication with parents, especially in Year 7. Mrs Way is an experienced form tutor and is looking forward to meeting her new tutees. She is also very excited to be moving back home to Cambridgeshire this summer and to start a new adventure at Littleport and East Cambs Academy.

Mrs Gardner is passionate about learning languages. At school, she studied French, German, Welsh and Latin. At the start of her teaching career, she taught herself Japanese.

In her secondary teaching career she has owned initiatives such as early GCSE, and delivered enrichment days. Mrs Gardner has also taught French in primary education and additionally organised events to give primary students an introduction to up to 20 languages with an insight into other nationalities and their cultures. She has also advised other primary schools and primary teachers on the expectations and delivery of the Key Stage 2 curriculum.

Mrs Gardner has worked as an examiner for Edexcel, specialising in marking A level speaking exams, giving her an inside understanding of the expectations of an exam board, as well as exposure to the standards exhibited across public, private, and international education establishments.

As part of her degree, Mrs Gardner studied French and German history specialising in the French Resistance. Studying in Lyon, she had the privilege to interview a member of the Resistance and was in Berlin shortly after the Berlin Wall fell, where she studied East and West German history and culture.

Additional responsibilities have included being Deputy Curriculum Manager, Acting Head of Curriculum, Japanese Coordinator, Head of French, and responsibility for transition of primary pupils into secondary education. Mrs Gardner hopes to show her students that the knowledge of another language can open many doors for them in the future.

A former member of the National Youth Brass Band of Great Britain, Miss O’Reilly started her musical career with a BA (Hons) degree in Band Musicianship from the University of Salford.  She then went on to study for a PGCE with the Open University. Miss O’Reilly’s teaching career began with Cambridgeshire Music, working as a Brass teacher in the North Cambridgeshire and Fenland areas from 2001-2015. While with Cambridgeshire Music, she also taught whole-class primary curriculum music, and coached ensembles at the Fenland Music Centre on Saturday mornings.

Miss O’Reilly first met Mr Gaskins many years ago when they were both playing in one of the brass bands in the Cambridgeshire area. During this time, the band enjoyed one of its most successful periods in recent years, qualifying for the National Second Section Final, in Cheltenham.

Miss O’Reilly joined the Music Department at Neale-Wade in April 2015 and is looking forward to teaching music at Littleport as well as being musical director of the Academy choir.

Mr Gaskins began his teaching career thirteen years ago, teaching in the award-winning English Department at Eastbury Comprehensive School in Barking, London. After a year, he was promoted to KS3 Co-Ordinator and led on a variety of teaching and learning initiatives before leaving the school to move back to East Anglia

Mr Gaskins spent five years at Witchford Village College where he led the Dutch Exchange, SEAL (Social Emotional Aspects of Learning) and then became Progress Leader for Year 9. In that time he met both James Tatham and Jason Wing working as part of the highly successful pastoral team.

When Jason Wing left Witchford to become Principal of Neale Wade Academy, Mr Gaskins was keen to continue the work he had started with him and applied successfully to become Assistant Principal in charge of Teaching and Learning. After 2 years, he then progressed to become Vice Principal with the same remit and was a key part of the Senior Leadership Team that drove Neale Wade Academy from Special Measures to Good in just under five years.

Mr Gaskins is a qualified Lead Practitioner Assessor meaning he develops and assesses outstanding teachers to become leaders of teaching and learning in their schools. He has helped 7 Lead Practitioners achieve their accreditation goals in the past 2 years.

When the Active Learning Trust acquired Littleport and East Cambridgeshire Academy, Mr Gaskins did not hesitate to apply for the position of Head of School and was successful. He is fully committed to the vision he wrote about when first becoming Head - to be Outstanding from Day 1 – and is confident with the team he has in place, the vision will be realised. 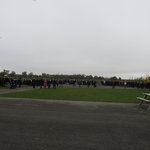 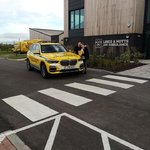 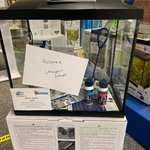