With the half term break behind us we begin our preparations for the first assessments of the year. The November assessment series gives us our first look at the progress our students have made since the beginning of the year. For Year 7, it's also a taste of what assessments 'look like' at LECA. As a teacher I'm always excited at the prospect of seeing the first seeds of progress in all of our students. We don't expect huge jumps in the first two months  - rather some small steps towards end of year targets; signs that the effort is paying off. As I've said on this blog before: progress is often non-linear. That is, it is often a bumpy ride with ups and downs, and what matters is 100% commitment to getting there in the end.

Over half term, we did a huge amount of work inside the Academy. A quick look here on our Facebook page will show you that we have flooded the Academy with positivity and inspirational quotes. Above the dining area the words 'Your Time Is Now' greet the students as they come down the stairs. The quote is universal but visitors to the Velodrome in London will see it there too, inspiring current and future sporting champions as they train. On the Conference Room wall we have placed our mantra: We are INSPIRED. On every stairwell and under every skylight there are more quotes from figures such as Stephen Hawking, Michael Johnson, Marilyn Monroe, Barack Obama and many more. For every student there is a quote that will mean something to them and, hopefully, inspire them be the best they can be.

Last week the fixtures took us to Ely College for our Netball and Rugby teams. Both suffered losses but the progress from all the teams is clear. From the touchline myself and Mr Tatham watched the Year 7 boys perform extremely well against a well drilled Ely team and even when they looked out of the game they came back and scored some outstanding tries. If ever there was an example of growth mindset and never giving up, it was then. Well done to all of our teams and we go again in two weeks time against Witchford.

This week we welcome the brilliant Volunteer it Yourself team to work with Year 8. They will be making benches in the DT room in teams of 15 over 4 days so by the end of it we will have plenty of seating outside, thanks to the students themselves. It really is a great project and one which will mean that the DT Room will finally be covered in dust and paint. I look forward to seeing benches in situ outside at the end of the week. 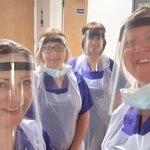 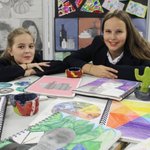 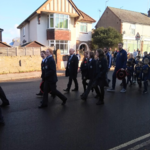