The House System was designed to create vertical groups of students who work together towards common goals.  These include charity work, sports events, art & design competitions, quizzes and much more throughout the year.  The figureheads for each House were specifically for chosen as they perfectly represent British Values and LECA's ethos of never giving up.  The British Values identified for schools are:

Each person  - Frida Kahlo, Muhammad Ali, Alan Turing and Millicent Fawcett – led inspirational lives and inspired others to follow them. Our daily mission is to inspire our students as much as these figureheads have over the years. Frida Kahlo – a passionate and talented artist from Mexico.  Severely injured in a bus crash in her youth, Kahlo took up painting when confined to her bed.  Kahlo painted iconic self-portraits that highlighted her independent spirit and taboo-breaking sense of self as well as works that commented on national identity, gender fluidity and the plight of the poor.  She was openly bisexual and had an undoubtedly tumultuous marriage which inspired many of her paintings.  She also suffered from a bought of polio which left her with a chronic ailment and many health problems in her later years but attended her final exhibition by ambulance determined to take part.  Her innovative approach to art, courage to break boundaries and her ambition to triumph over adversity leaves her a true inspiration and feminist icon.  “I think that little by little I'll be able to solve my problems and survive.”

Muhammed Ali – an incredible role model as both a boxer and a civil rights activist.  Born Cassius Clay in 1942 he started boxing at 12 going on to win light-heavyweight gold at the 1960 Olympics in Rome.  He changed his name after converting to Islam in 1961, in part a rejection of a name he deemed to be a remnant of slavery.  He became the first boxer to win The World Heavyweight Title three times, sacrificing those titles and his boxing licence in protest to the Vietnam War as a conscientious objector.  His draft evasion conviction was reversed in 1971 and he retired in 1981 after winning 56 of 61 fights often employing inventive tactics to defeat his opponents.  Beyond the ring he was an enthusiastic and committed activist for anti-racism and equality, he was always respectful and later championed those with disability, diagnosed himself with Parkinsons in 1984.  He said of himself ‘'I am the greatest, I said that even before I knew I was.’'

Alan Turing – while not well known during his lifetime he is today championed for being a passionate and solution-focused mathematician, who conceived modern computing and played a crucial part in the Allied victory over Nazi Germany during the Second World War.  Winning a scholarship to Cambridge, and being elected to a Fellowship in Mathematics at just 22 Turing published a paper in 1936 that is now recognised as the foundation of computer science joining the government’s code-breaking department at Bletchley Park in 1939.  His section ‘Hut 8’ mastered the German submarine communication system that was vital to the battle of the Atlantic.  After the war he developed the concept of the Turing Test to compare human and machine outputs before being convicted of gross indecency for homosexual activity (illegal in Britain until 1967) and declared a security risk.  His pioneering genius and innovative approach to his field of expertise is rightfully recognised.  He received a posthumous royal pardon in 2013 and was celebrated recently by winning a national vote to be the face of the new £50 note.  “Sometimes it is the people no one can imagine anything of, who can do the things no one can imagine”.

Millicent Fawcett – fought tirelessly for women’s right to vote, establishing the National Union of Women’s Suffrage Societies in 1897.  Unlike the more militant Pankhurst, Fawcett believed in non-violent protest and the power of persistence.  Born in Suffolk in 1847 her motto was ‘steadfastness and courage’ and as well as her efforts to gain suffrage she played a key role in the founding of Newnham College, the second Cambridge college to admit women.  She also led an all-female investigation into the appalling conditions in British concentration camps during the Boer War.  Recently commemorated in a statue to mark the centenary of the 1918 Representation of the People Act, the first of a woman in Parliament Square.  "Courage calls to courage everywhere, and its voice cannot be denied." 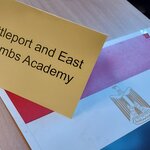 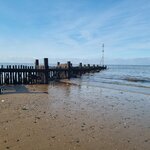 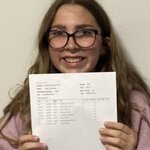